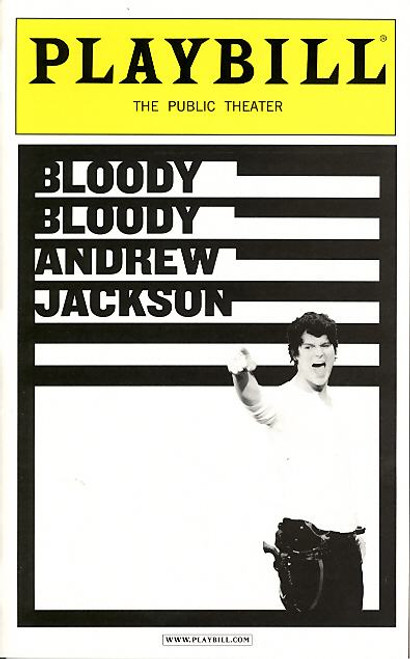 Bloody Bloody Andrew Jackson  is a musical with music and lyrics written by Michael Friedman, and a book by its director Alex Timbers.

The show is an irreverent, Wild West rock musical about the founding of the modern Democratic Party. It redefines Andrew Jackson, America's seventh President, as an Emo rock star and focuses on populism, the Indian Removal Act, and his relationship with his wife Rachel.

Directed by Alex Timbers, with music and lyrics written by Michael Friedman, opened  on Broadway: October 13, 2010.