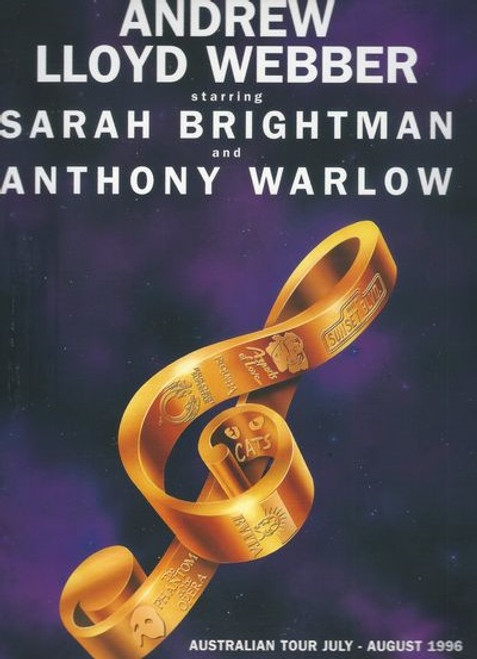 With Sarah Brightman and Anthony Warlow

Brightman began her career as a member of the dance troupe Hot Gossip and released several disco singles as a solo performer. In 1981, she made her West End musical theatre debut in Cats and met composer Andrew Lloyd Webber, whom she later married. She went on to star in several West End and Broadway musicals, including The Phantom of the Opera, where she originated the role of Christine Daaé. Her original London cast album of Phantom was released in CD format in 1987 and sold 40 million copies worldwide, making it the biggest-selling cast album ever.

Anthony Warlow has performed on Broadway, the West End, Carnegie Hall and across Australia with all of the symphony orchestras. His studio recordings have spanned nearly 30 years and include solo albums, cast recordings and live performances in concert and with Opera Australia.

He has been honored as an 'Australian National Treasure' and his outstanding achievements have been acknowledged with his investiture as a Member of the Order of Australia (AM) for his services to the performing arts.