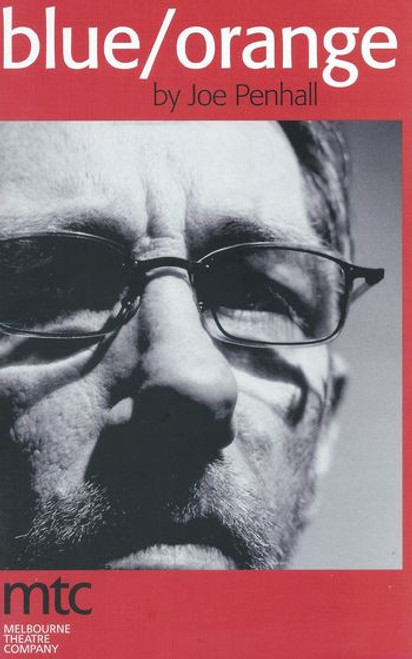 Blue/Orange is a play written by English dramatist, Joe Penhall. The play is a sardonically comic piece which touches on race, mental illness and 21st-century British life.In a London psychiatric hospital, an enigmatic patient claims to be the son of an African dictator - a story that becomes unnervingly plausible. BLUE/ORANGE is an incendiary tale of race, madness and a Darwinian power struggle at the heart of a dying National Health Service.The play premiered in the Cottesloe Theatre at the Royal National Theatre, London beginning previews from 7 April 2000 with an opening night on 13 April, where it ran in repertory until 23 August, starring Bill Nighy as Robert, Andrew Lincoln as Bruce and Chiwetel Ejiofor as Christoper. The production was directed by Roger Michell, designed by William Dudley, lighting by Rick Fisher and sound by Neil Alexander.