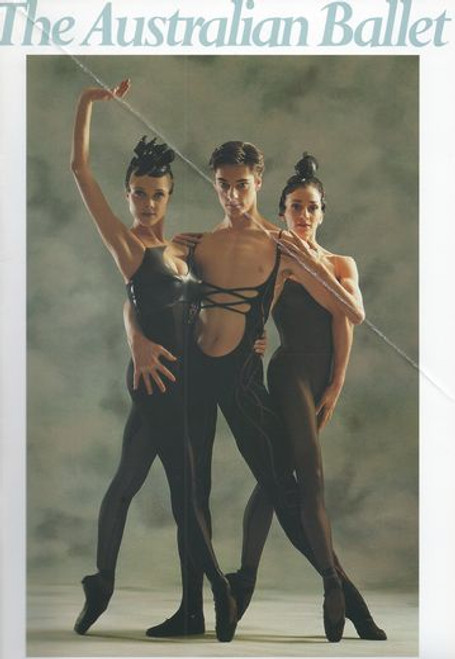 Catalyst - Afternoon of a Faun - Divergence

Catalyst, Stephen Baynes’ first commissioned work for The Australian Ballet, premiered in 1990 and toured nationally. It was performed on the 1992 tour of London, where it received a nomination for Best Dance Production at the Laurence Olivier Awards and again in 1994 on the company’s tour of the United States. In 1995 Stephen was appointed The Australian Ballet’s resident choreographer. Since then he has created 20 works for the company. In 2005 Unspoken Dialogues received the Helpmann Award for Best Choreography and both Molto Vivace and Constant Variants received the Betty Pounder Award for Best Choreography at the Green Room Awards.

Afternoon of a Faun

Afternoon of a Faun is a ballet made by Jerome Robbins, subsequently ballet master of New York City Ballet, to Debussy's Prélude à l'après-midi d'un faune. The premiere took place on 14 May 1953 at City Center of Music and Drama, New York, with scenery and lighting by Jean Rosenthal and costumes by Irene Sharaff. Note: Tanaquil LeClercq's costume was not by Irene Sharaff. It was made for her by her mother, Edith Le Clercq.
Robbins' setting differs from the original version by Vaslav Nijinsky by placing the danseur in a ballet studio (a three wall set), lounging on the floor. A ballerina enters and they dance facing the audience as though looking into the mirrored wall of the studio. He kisses his partner on the cheek and she bourrées out of the studio and off-stage. He returns to his initial supine position.

At just 24 years of age choreographer Stanton Welch created Divergence – the work that launched his career. Premiering in 1994, it was one of the most difficult and progressive ballets of the decade. Its creation was no easy feat for Stanton, nor for his dancers. In 2009, The Australian Ballet brings Divergence back to the stage as part of the double bill Paris Match. Stanton, now Artistic Director at the Houston Ballet, found time to reflect on presenting his ground breaking work to unsuspecting audiences 15 years ago.

This Souvenir Brochure is from the 1994 Melbourne Production