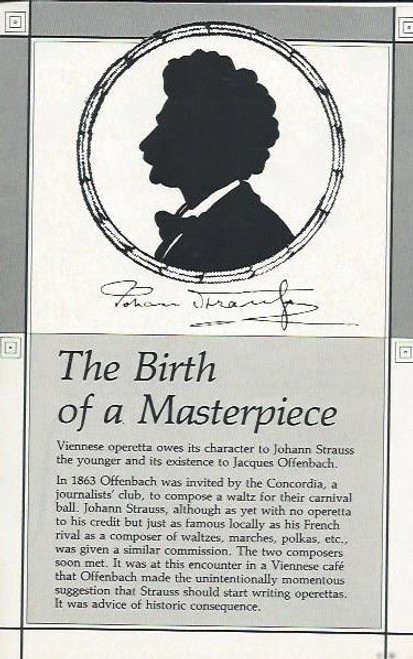 Die Fledermaus (The Bat) is an operetta composed by Johann Strauss II to a German libretto by Karl Haffner and Richard Genée.

The operetta premièred on 5 April 1874 at the theatre an der Wien in Vienna and has been part of the regular repertoire ever since. It was performed in New York under Rudolf Bial at the Stadt Theatre on 21 November 1874. The German première took place at Munich's Gärtnerplatztheater in 1875. Die Fledermaus was sung in English at London's Alhambra Theatre on 18 December 1876, with its score modified by Hamilton Clarke.

The first London performance in German did not take place until 1895. According to the archivist of the Royal Opera House, Covent Garden, "Twenty years after its production as a lyric opera in Vienna, Mahler raised the artistic status of Strauss's work by producing it at the Hamburg Opera House  all the leading opera houses in Europe, notably Vienna and Munich, have brightened their regular repertoire by including it for occasional performance."