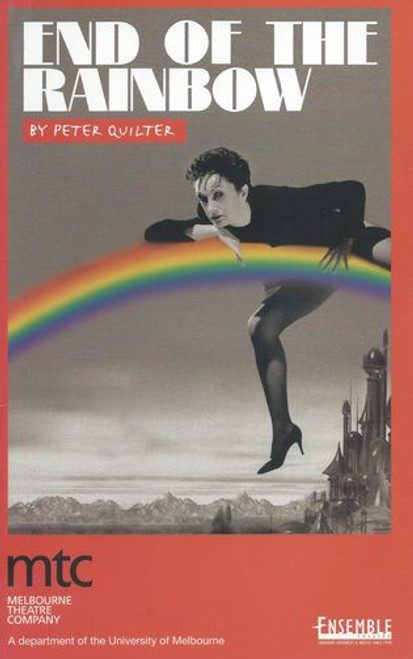 End of the Rainbow is a musical drama by Peter Quilter, which focuses on Judy Garland in the months leading up to her death in 1969. After a premiere in Sydney, Australia in 2005, the show has played on the West End in London and a Broadway production opened at the Belasco Theatre in 2012. The award winning 2019 film Judy starring Renée Zellweger is a screen adaptation of the play for which Zellweger won the Academy Award for Best Actress for her portrayal of Garland.

Judy Garland is staying in London, along with young new fiancé Mickey Deans and loyal friend and pianist Anthony, preparing for her five-week run of shows at The Talk of the Town. Garland hopes that her act will help her maintain her star profile, especially considering a recent string of bad press against her. However, she still struggles with both her drug addictions and her strained relationships with the men around her.