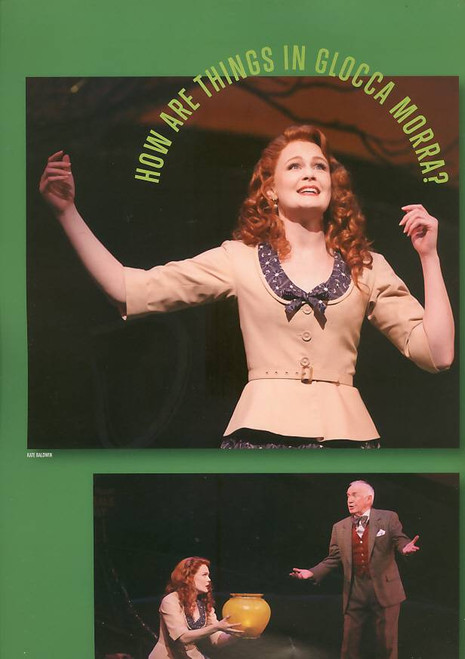 Finian’s Rainbow is a musical with a book by E.Y. Harburg and Fred Saidy, lyrics by Harburg, and music by Burton Lane. The 1947 Broadway production ran for 725 performances. Several revivals and a 1968 film version followed. A Broadway revival ran from October 8, 2009 until January 17, 2010. The Irish-tinged score also includes gospel and R&B influences.

Finian moves to the southern United States (the fictional state of Missitucky is a humorous combination of Mississippi and Kentucky) from Ireland with his daughter Sharon, to bury a stolen pot of gold near Fort Knox, in the mistaken belief that it will grow. A leprechaun follows them, desperate to recover his treasure before the loss of it turns him permanently human. Complications arise when a bigoted and corrupt U.S. Senator gets involved, and when wishes are made inadvertently over the hidden crock. All ends happily.

Size 230 x 330 mm Full of Beautiful pictures and lots of information on the show.
(Please Note scans are low res for fast loading)