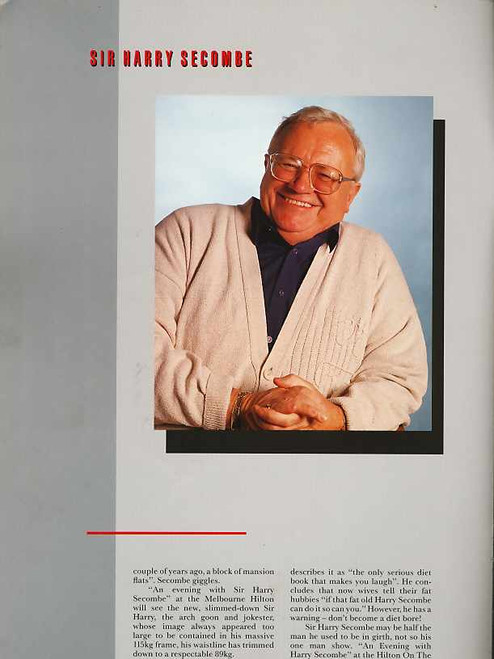 This Souvenir Brochure / Folder is from The Many Faces of Harry Secombe, at the Hilton on the Park Melbourne 1983