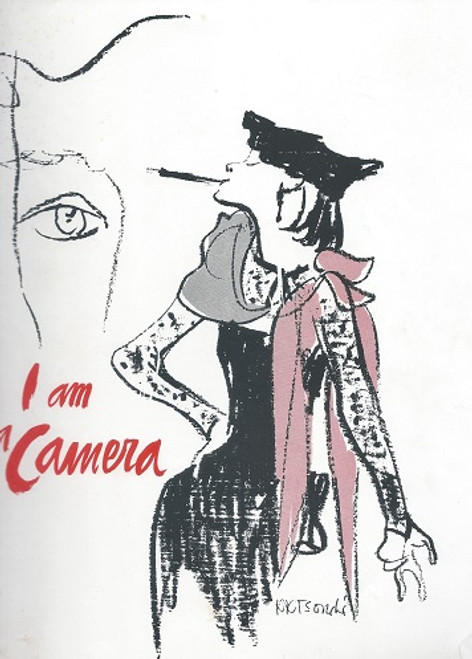 I am a Camera - Broadway 1951 Empire Theatre

I Am a Camera is a 1951 Broadway play by John Van Druten adapted from Christopher Isherwood's 1939 novel Goodbye to Berlin, which is part of The Berlin Stories. The title is a quote taken from the novel's first page: "I am a camera with its shutter open, quite passive, recording, not thinking." The original production was staged by John Van Druten, with scenic and lighting design by Boris Aronson and costumes by Ellen Goldsborough.It opened at the Empire Theatre in New York City on November 28, 1951 and ran for 214 performances before closing on July 12, 1952.

The production was a critically acclaimed success for both Julie Harris as the insouciant Sally Bowles, winning her the first of five Tony Awards of her career for Best Leading Actress in a play, and for Marian Winters, who won both the Theatre World Award and Tony Award for Featured Actress in a Play. The play also won for John Van Druten the New York Drama Critics' Circle for Best American Play (1952). It also earned the famous review by Walter Kerr, "Me no Leica".