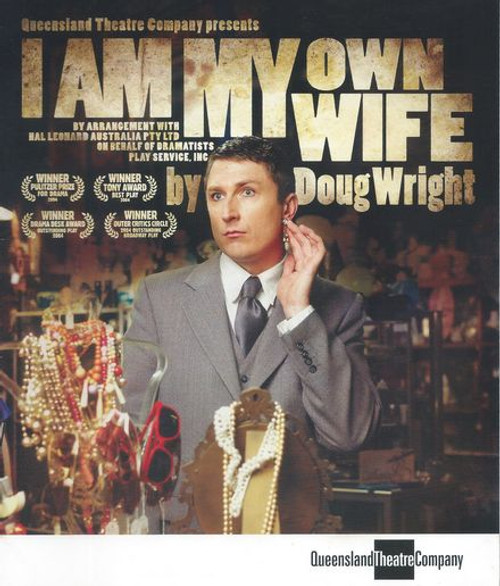 I Am My Own Wife - Queensland Theatre Company 2008

I Am My Own Wife is a play by Doug Wright based on his conversations with the German antiquarian Charlotte von Mahlsdorf. The one-man play premiered Off-Broadway in 2003 at Playwrights Horizons. It opened on Broadway later that year. The play was developed with Moisés Kaufman and his Tectonic Theater Project, and Kaufman also acted as director. Jefferson Mays starred in the Broadway and Off-Broadway productions, playing some forty roles. Wright received the 2004 Pulitzer Prize for Drama for the work.

I Am My Own Wife (or I Am My Own Woman) is also the English title of Charlotte von Mahlsdorf's autobiography, first issued in 1992, translated in 1995.

I Am My Own Wife QTC - Jean-Marc Russ