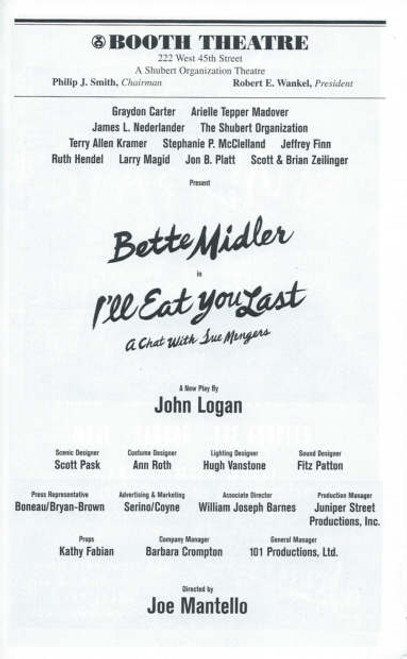 I'll Eat You Last: A Chat with Sue Mengers is a 2013 American one-person play by John Logan, about the talent agent Sue Mengers. The debut 2013 American production starred Bette Midler. The play cost $2.4 million and recouped its cost in eight weeks.