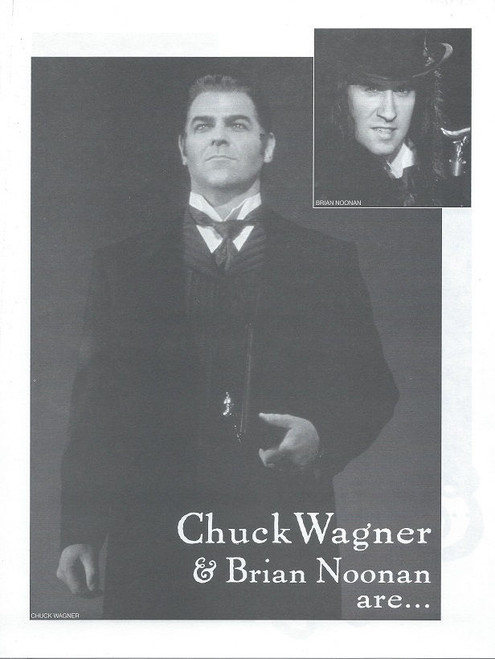 Jekyll and Hyde the Musical

Jekyll & Hyde (Tour 1999 - 2000) is a musical based on the novel, The Strange Case of Dr Jekyll and Mr Hyde by Robert Louis Stevenson.

The original stage conception was by Steve Cuden and Frank Wildhorn.

The musical ran on Broadway for 1,543 performances in 1997 through 2001. Despite the long run, the musical lost money in the end; more than $1.5 million, and lacked stellar reviews. The musical officially returned to Broadway, following previews from April 5, 2013, on April 18 at the Marquis Theatre with Maroulis, Wicks and Cox leading the cast. Originally scheduled to play a limited engagement through June 30, 2013, the production announced shortly after opening that it was to close early, on May 12. It closed that day following 29 regular peformances and 15 previews