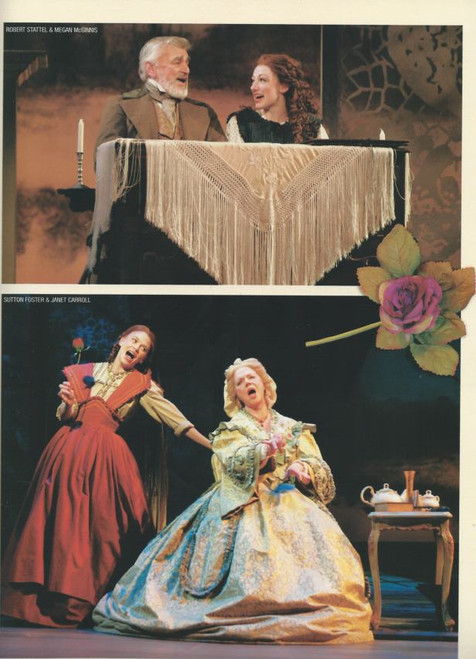 Souvenir Brochure Broadway Production (One Only)

Based on Louisa May Alcott’s classic 1869 semi-autobiographical novel, it focuses on the four March sisters – brassy, tomboy-like, aspiring writer Jo, romantic Meg, pretentious Amy, and kind-hearted Beth – and their beloved Marmee, at home in Concord, Massachusetts while the family patriarch is away serving as a Union Army chaplain during the Civil War. Intercut with the vignettes in which their lives unfold are several recreations of the melodramatic short stories Jo writes in her attic studio.

After 55 previews, the Broadway production opened at the Virginia Theatre on January 23, 2005 and closed on May 22, 2005 after 137 performances. It was directed by Susan H. Schulman, with choreography by Michael Lichtefeld, set design by Derek McLane, costume design by Catherine Zuber, and lighting design by Kenneth Posner.