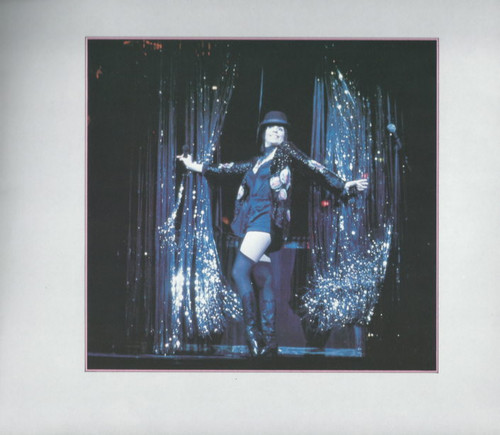 Liza May Minnelli (b March 12, 1946) is an American actress, singer and dancer. She is the daughter of singer and actress Judy Garland and film director Vincente Minnelli.

Already established as a nightclub singer and musical theatre actress, she first attracted critical acclaim for her dramatic performances in the movies The Sterile Cuckoo (1969), and Tell Me That You Love Me, Junie Moon (1970); Minnelli then rose to international stardom for her appearance as Sally Bowles in the 1972 film version of the Broadway musical Cabaret, for which she won the Academy Award for Best Actress in a Leading Role. She later co-starred in Arthur (1981), starring with Dudley Moore (in the title role) and Sir John Gielgud.

While film projects such as Lucky Lady, A Matter of Time and New York, New York were less favorably received than her stage roles, Minnelli became one of the most versatile, highly regarded and best-selling entertainers in television, beginning with Liza with a Z in 1972, and on stage in the Broadway productions of Flora the Red Menace, The Act and The Rink. Minnelli also toured internationally and did shows such as Liza Minnelli: At Carnegie Hall, Frank, Liza & Sammy: The Ultimate Event, and Liza Live from Radio City Music Hall.

She starred in Liza's Back in 2002. She had guest appearances in the sitcom Arrested Development and had a small role in the movie The OH in Ohio, while continuing to tour internationally. In 2008/2009, she performed the Broadway show Liza's at The Palace...! which earned a Tony Award for Best Special Theatrical Event. Minnelli has won a total of four Tony Awards, including a Special Tony Award.She has also won an Oscar, an Emmy Award, two Golden Globes and a Grammy Legend Award for her contributions and influence in the recording field, along with many other honors and awards. She is among the few entertainers who have won an Oscar, Emmy, Grammy, and Tony Award. In 2000, Minnelli was inducted into the American Theatre Hall of Fame.