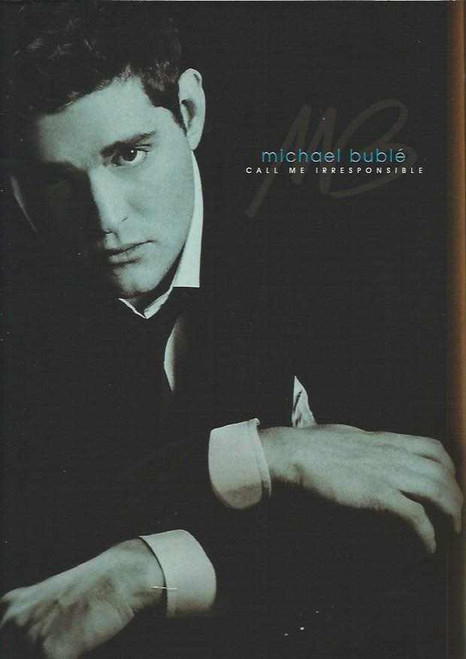 Michael Steven Bublé  born 9 September 1975) is a Canadian vocalist, songwriter and actor. He has won several awards, including three Grammy Awards and multiple Juno Awards.  His first album reached the top ten in Canada and the UK. He found a worldwide audience with his 2005 album It's Time, and his 2007 album Call Me Irresponsible which reached number one on the Canadian Albums Chart, the UK Albums Chart, the U.S. Billboard 200 albums chart, the Australian ARIA Albums Chart and several European charts

Bublé's third studio album, Call Me Irresponsible, was released 1 May 2007 by 143/Reprise Records. His third effort included songs from different eras like as "Always on My Mind", "Dream", "I've Got the World on a String", and "Comin' Home Baby" (a duet with Boyz II Men). In the US, the album debuted at number two on the Billboard 200 and rose to number one in its second week. Only a few artists have been able to accomplish this, like Michael Jackson and Sugarland. The album has sold nearly 2 million copies in the US alone. Internationally, the album also fared well. In Australia, the album debuted in the top position, and was the best-selling album of the year 2007. In the UK, both the standard version and the special edition were best-selling albums, with the latter outselling the former (standard: 300,000; special edition: 462,000). Additionally, the album was certified 2× Platinum in Europe with over 2 million copies sold. Call Me Irresponsible has sold over 5 million copies worldwide.

The first single off the album was "Everything". It carried a more adult-contemporary sound than his usual big band style and was released in May 2007. The song became one of Bublé's biggest hits ever, reaching No. 46 on the Billboard Hot 100, No. 1 on the Hot Adult Contemporary Tracks chart, and No. 10 in Canada. "Me and Mrs. Jones" was set to be released as the second single off the album but was cancelled despite a music video being made. The next single, released in November 2007, was "Lost", a No. 97 hit on the Hot 100 and No. 19 in the UK. "It Had Better Be Tonight (Meglio Stasera)" was released mainly as a remix single, with many mixes by Eddie Amador. The song reached position No. 89 in Canada. The final single from the album, "Comin' Home Baby", was released in April 2008.