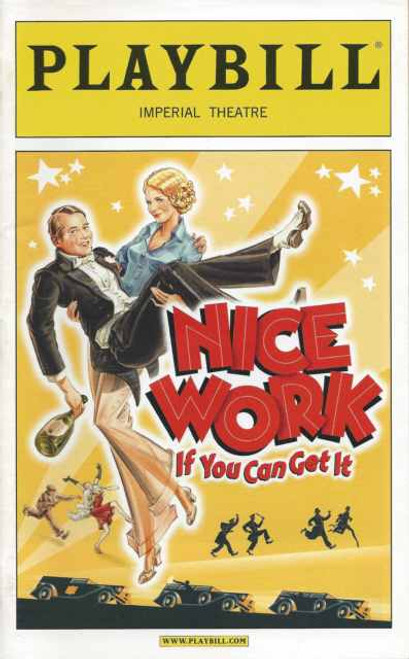 This Beautiful colour Opening Night Playbill from (Musical). Nice Work if You Can Get It