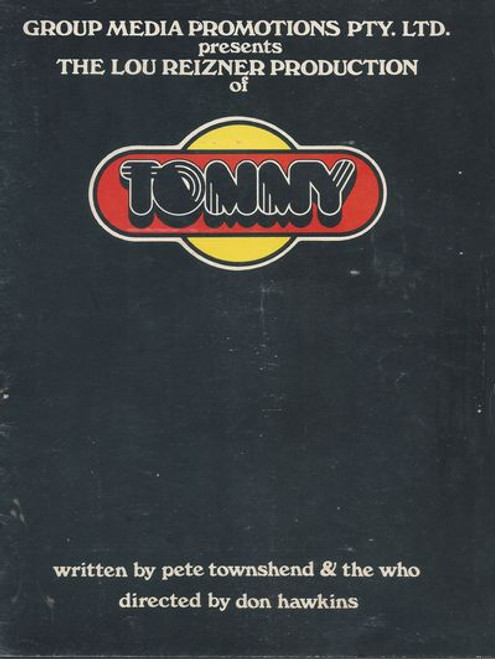 by Pete Townshend and The Who

The Who’s Tommy is a rock musical by Pete Townshend and Des McAnuff based on The Who’s 1969 double album rock opera Tommy, also by Pete Townshend, with additional material by John Entwistle and Sonny Boy Williamson. The original 1969 album was much more ambiguous in its specific plot points than the stage musical and film versions. Originally, the song "Twenty-One" was called "1921" as the album version took place in a post-World War I setting. In the film, the story was changed to be post-World War II and the song was changed to "1951". In both the album and stage versions, the father comes home and kills the lover in the confrontation. Ken Russell's film made a reversal and killed Mr. Walker's character, having the lover then assume the role of a step-father to Tommy.

Size 240 x 310 mm Lots of Information on the Show and Cast
Condition: Used Good 7/10 Cover has some scrapes