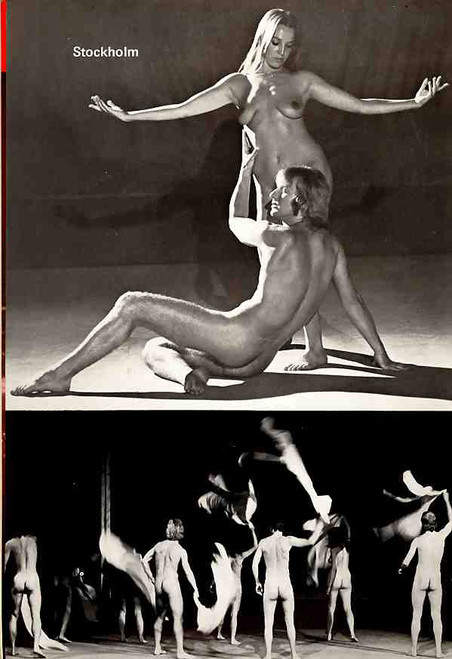 Oh! Calcutta! is an avant-garde theatrical revue, created by British drama critic Kenneth Tynan. The show, consisting of sketches on sex-related topics, debuted Off-Broadway in 1969 and then in London in 1970. It ran in London for over 3,900 performances, and in New York initially for 1,314. Revivals enjoyed even longer runs, including a Broadway revival that ran for 5,959 performances, making the show the longest-running revue in Broadway history at the time. This Souvenir Brochure is a lot of fun, all those naughty photos from the Oh Calcutta Musical. Play video at own risk !!!

This Souvenir Brochure is from the 1970's for the Broadway run.

Size 230 x 300 mm
Lots of pictures from the show and the cast, and all about fun in the seventies.
Condition: Good to Fair (black spots on cover, see pictures)
(Pls Note scans are low res for fast loading)