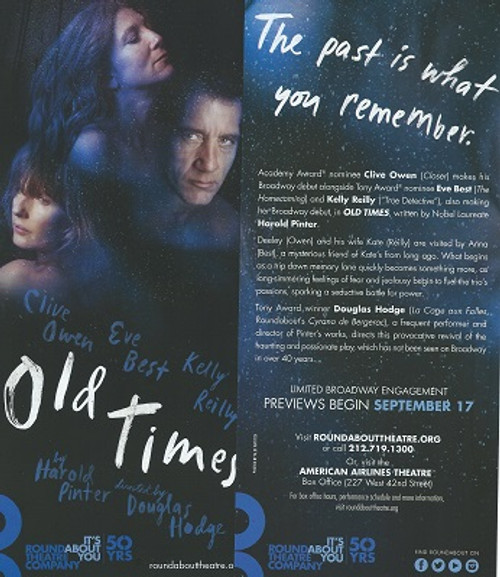 Old Times is a play by the Nobel Laureate Harold Pinter. It was first performed by the Royal Shakespeare Company at the Aldwych Theatre in London on 1 June 1971. It starred Colin Blakely, Dorothy Tutin, and Vivien Merchant, and was directed by Peter Hall. The play was dedicated to Hall to celebrate his 40th birthday.

Peter Hall also directed the Broadway première, which opened at the Billy Rose Theater in New York on 16 November 1971, starring Robert Shaw, Rosemary Harris and Mary Ure; and a year later, the German language première of the play at the Burgtheater in Vienna, with Maximilian Schell, Erika Pluhar and Anna-Marie Duringer. In February 2007 Hall returned again to the play directing a new production with his Theatre Royal, Bath company.