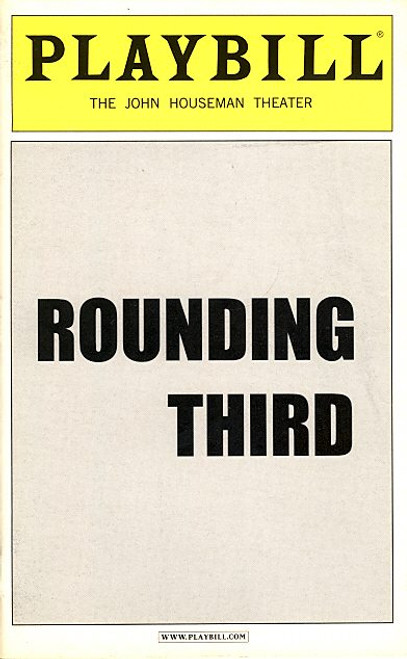 Perhaps Dresser's most successful play in the new millennium has been Rounding Third, his 2002 two-character baseball comedy, which was workshopped at CATF in 2001 before its 2002 premiere in Chicago, where it met with great favour from audiences. In 2003, the play was performed at San Diego's Old Globe Theater and the Laguna Playhouse before an Off-Broadway run in the fall and a return to CATF in summer 2004.

Kevin Kelly of the Boston Globe called Dresser "a ferocious playwright...(who) writes with a headlong intensity and a sense of pervasive mystery."

ROUNDING THIRD is the tumultuous journey of two Little League coaches through an entire season, from their first tentative meeting to the climactic championship game. The audience is the stand-in for the team, so the coaches speak directly to the audience about competition, character, punctuality, and the importance of wearing the right equipment.