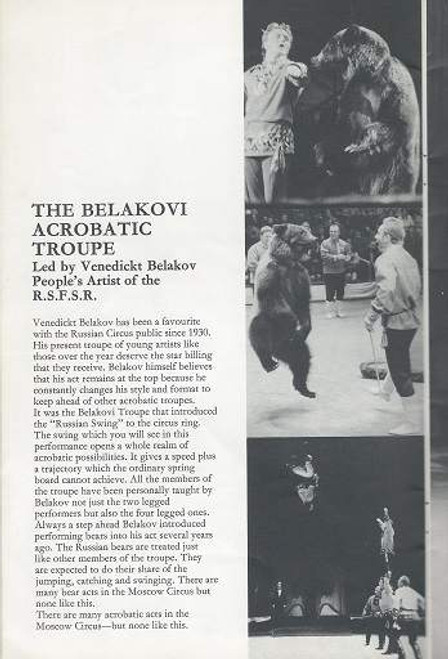 The title Moscow State Circus is used for a variety of circuses. Most commonly, it refers to one of the two circus buildings in Moscow, the “Circus Nikulin” (the old circus, featuring animal acts) and the “Bolshoi Circus” (the new circus, featuring trapeze and acrobatics), or to traveling shows which may or may not be directly related to Russia.

The Russian Circus rose to world acclaim during the Soviet period, when acts from many Russian circuses united to tour the United States under the title, “The Moscow Circus.” During this time, the circus, which was already important became an even more prominent piece of culture, and a point of pride.Russian Circus traditions include clowning, juggling, acrobatics, contortion, and animal acts (especially bear acts, such as bears who juggle with their feet).