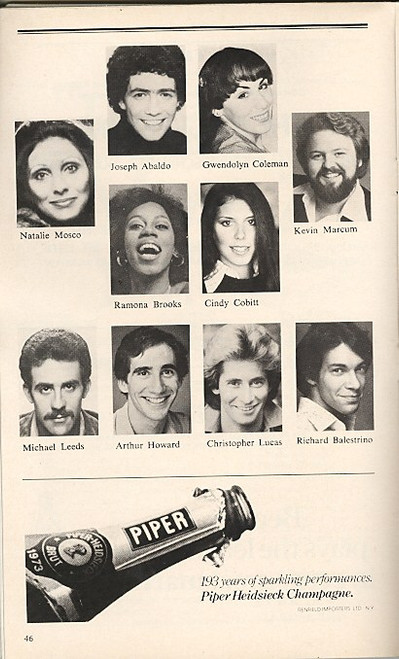 The Magic Show is a one-act musical with music and lyrics by Stephen Schwartz and a book by Bob Randall. It starred magician Doug Henning. Produced by Edgar Lansbury, it opened in May 1974 at the Cort Theatre and ran for 1,920 performances, closing on December 31, 1978. Henning was nominated for the Tony Award for Best Featured Actor in a Musical and director Grover Dale was nominated for the Tony Award for Best Direction of a Musical. It originally began life as Spellbound produced by Ivan Reitman with a book by David Cronenberg and music by Howard Shore at the Royal Alexandra Theatre in Toronto in 1973 starring Henning and Jennifer Dale. When Reitman took it to New York, the book and score were entirely replaced.