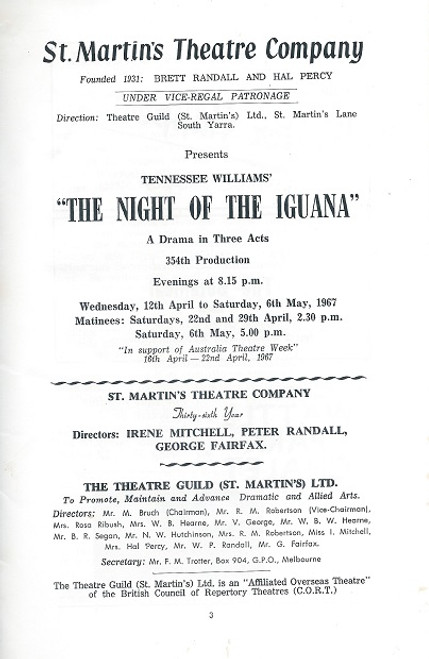 The Night of the Iguana is a stage play written by American author Tennessee Williams, based on his 1948 short story. First staged as a one-act play in 1959, Williams developed it into a full-length play over the next two years, staging two different versions in 1959 and 1960, before arriving at the three-act version of the text which premiered on Broadway in 1961.[1] Two film adaptations have been made, including the Academy Award-winning 1964 film directed by John Huston and starring Richard Burton, Ava Gardner, and Deborah Kerr. The other is a 2000 Croatian production.

This Souvenir Program is from the 1967 Australian Production Directed by Irene Mitchell, Peter Randall, George Fairfax