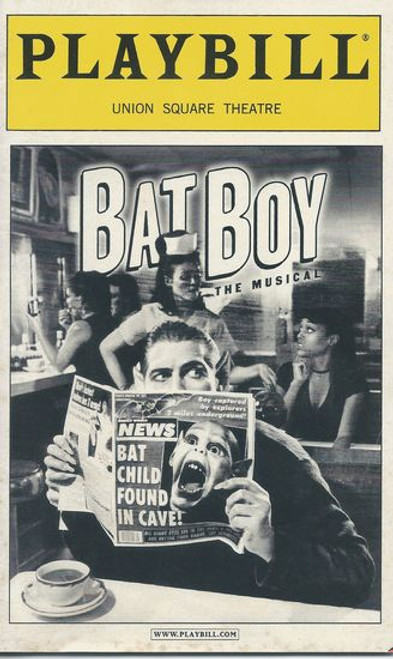 Bat Boy: The Musical is an American rock musical with a book by Keythe Farley and Brian Flemming and music and lyrics by Laurence O'Keefe, based on a June 23, 1992 Weekly World News story about a half-boy, half-bat, dubbed "Bat Boy", who grew up living in a cave.
Bat Boy premiered at Actors Gang Theatre in 1997 and has since been produced off-Broadway, in London's West End, at the Edinburgh Festival and in scores of productions throughout the world. The Weekly World News 1992 story about Bat Boy, a half-boy, half-bat found living in a cave inspired writers Keythe Farley and Brian Flemming to write a stage adaptation. They were joined by American composer/lyricist Laurence O'Keefe and their first production premiered on Halloween, 1997