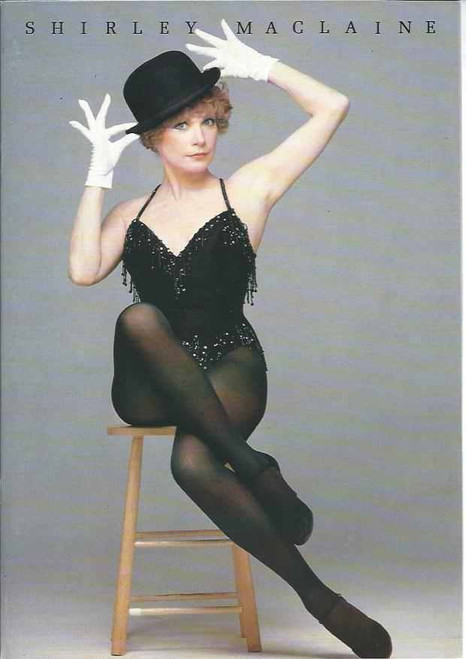 This brochure is from her 'ONE WOMAN' show from the 1984 titled "SHIRLEY MacLAINE on BROADWAY" which she preformed at the GEORGE GERSHWIN theatre in New York City. There are pages of scenes of her great movies (both good and bad) and some very special photos of her leading men.

MacLaine made her film debut in Alfred Hitchcock's The Trouble with Harry (1955), for which she won the Golden Globe Award for New Star of the Year – Actress. In 1956, she had roles in Hot Spell and Around the World in 80 Days. At the same time she starred in Some Came Running, the film that gave her first Academy Award nomination – one of five that the film received – and a Golden Globe nomination.

Size 210 x 295 mm This program is filled with rare photos, not only from this show with Shirley on stage and preforming
but with special notations from and about her and her life that will give you information that will be hard to find anywhere else.
(Please Note scans are low res for fast loading)

The Importance of being Earnest - 4