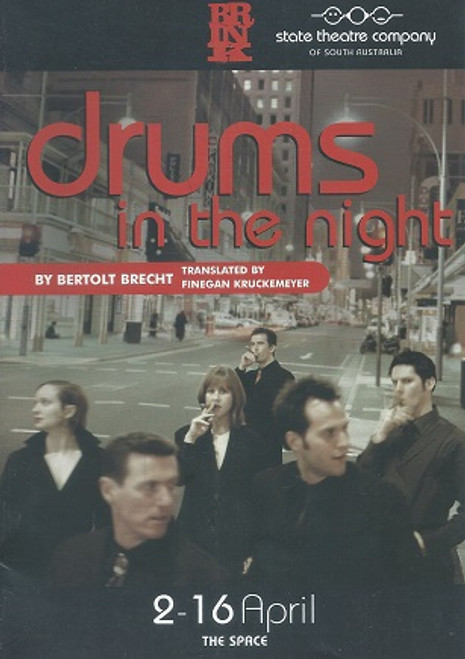 Drums in the Night - State Theatre Company of South Australia 2005

Drums in the Night (Trommeln in der Nacht) is a play by the German playwright Bertolt Brecht. Brecht wrote it between 1919 and 1920, and it received its first theatrical production in 1922. It is in the Expressionist style of Ernst Toller and Georg Kaiser. The play—along with Baal and In the Jungle—won the Kleist Prize for 1922 (although it was widely assumed, perhaps because Drums was the only play of the three to have been produced at that point, that the prize had been awarded to Drums alone); the play was performed all over Germany as a result. Brecht later claimed that he had only written it as a source of income. Brecht's play revolves around Anna Balicke, whose lover (Andreas) has left to fight in World War I. The war is now over but Anna and her family have not heard from him for four years. Anna's parents try to convince her that he is dead and that she should forget him and marry a wealthy war-materials manufacturer, Murk.