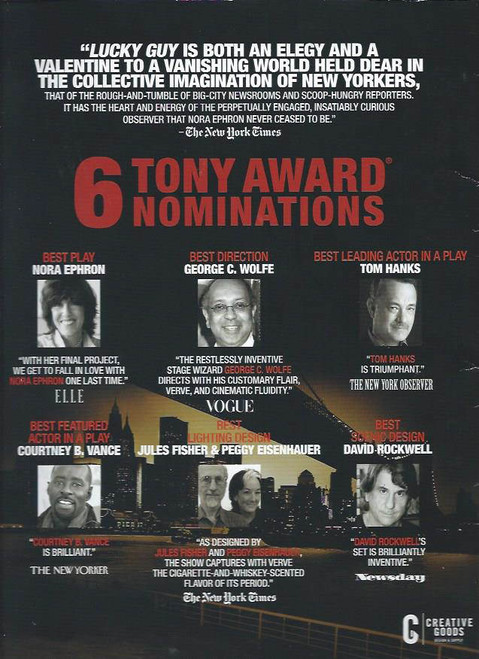 Lucky Guy is a play by Nora Ephron that premiered in 2013, the year after her death. It was Ephron’s final work and marked Tom Hanks’s Broadway debut, in which he earned a Theatre World Award.

Ephron first conceived of this story in 1999 as an HBO movie. Ephron focused the story on the career of New York City tabloid columnist Mike McAlary from his early beginnings to his rise to stardom, when he received the 1998 Pulitzer Prize for Commentary for exposing police brutality against a Haitian immigrant named Abner Louima in Brooklyn’s 70th precinct, and his death, eight months later, of cancer.

All items sold as used and as is