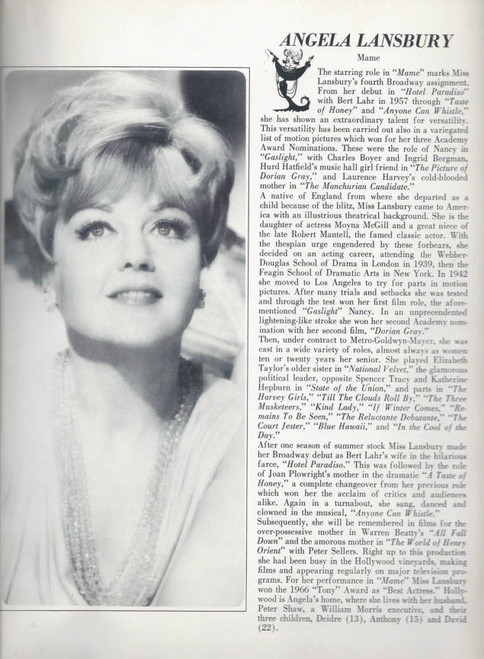 This Souvenir Brochure is from the Broadway Musical “Mame” 1966 Directed by Gene Saks. (Damaged see Pictures)