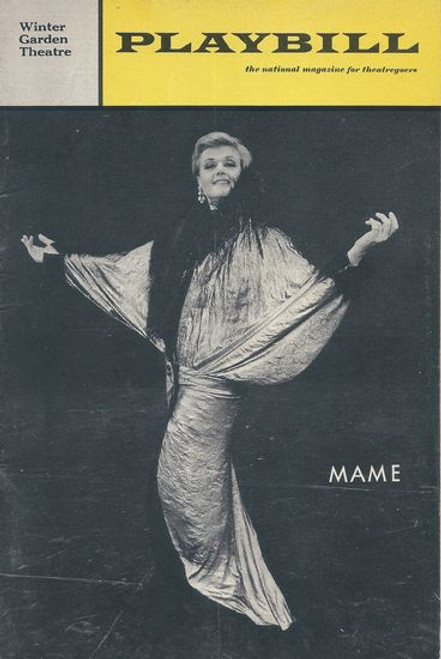 This Playbill is from the Broadway Musical "Mame" 1966 Directed by Gene Saks.