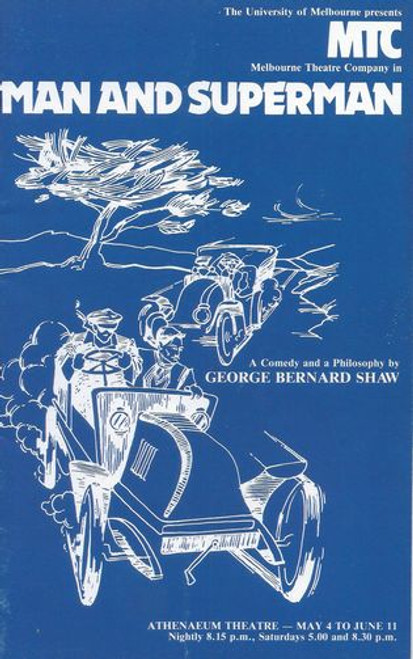 Man and Superman is a four-act drama written by George Bernard Shaw in 1903. The series was written in response to a call for Shaw to write a play based on the Don Juan theme. Man and Superman opened at the Royal Court Theatre in London on 23 May 1905, but it omitted the third act. A part of the act, Don Juan in Hell (Act 3, Scene 2), was performed when the drama was staged on 4 June 1907 at the Royal Court. The play was not performed in its entirety until 1915, when the Travelling Repertory Company played it at the Lyceum Theatre, Edinburgh.