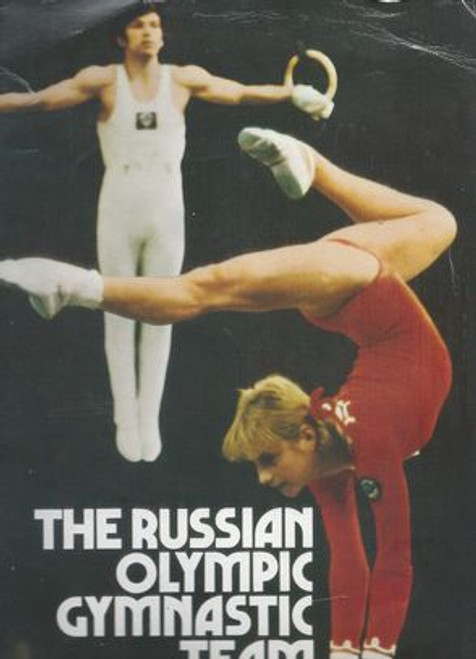 Not only did the Russians Scoop the pool at the Olympics in Munich but it was only a matter of weeks before Ludmilla Turischeva retained her title of Women's World Champion, with Olga Korbut following in second place, ay the world Gymnastic Championships in Bulgaria. The Team came direct from the Championships and gave twenty displays in Australia. Tourischeva began gymnastics in 1965, at age 13, and began competing for the Soviet team in 1967. Coached by Vladislav Rastorotsky (who later trained Natalia Shaposhnikova and Natalia Yurchenko), she represented the Soviet Union at the 1968 Summer Olympics, just after her 16th birthday. She won the gold medal with the team and placed 24th in the all-around.

Condition: Used Fair/ Good Does have cracks on cover near spine and dog ear