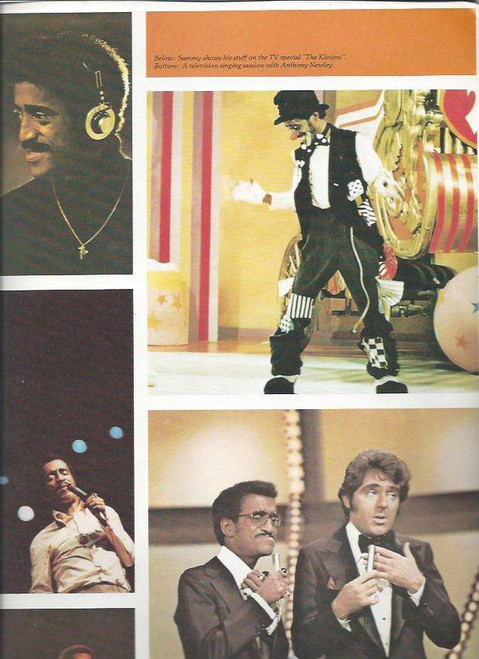 Samuel George "Sammy" Davis, Jr. (December 8, 1925 – May 16, 1990) was an entertainer. Primarily a dancer and singer, he also had many acting roles on stage and screen, and was noted for his impersonations of actors and other celebrities. At the age of three Davis began his career in vaudeville with his father and Will Mastin as the Will Mastin Trio, which toured nationally. After military service Davis returned to the trio. Davis became an overnight sensation following a nightclub performance at Ciro's after the 1951 Academy Awards. With the trio, he became a recording artist. In 1954, he lost his left eye in an automobile accident, and several years later, he converted to Judaism.

Davis' film career began as a child in 1933. In 1960 he appeared in the first Rat Pack film, Ocean's 11. After a starring role on Broadway in 1956's Mr Wonderful, Davis returned to the stage in 1964's Golden Boy, and in 1966 had his own TV variety show, The Sammy Davis Jr. Show. Davis' career slowed in the late 1960s, but he had a hit record with "The Candy Man" in 1972 and became a star in Las Vegas, earning him the nickname "Mister Show Business.

Baretta's Theme  Candy Man   What Kind Of Fool Am I