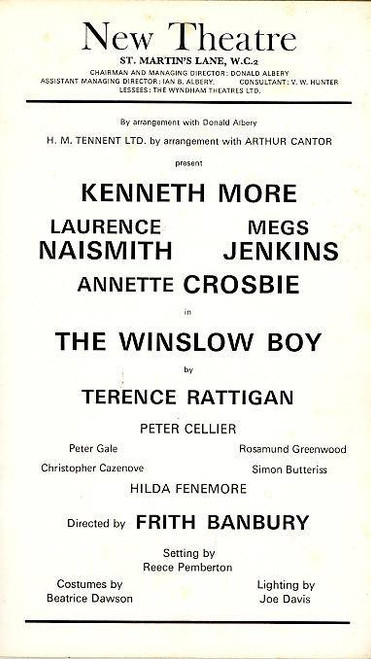 The Winslow Boyis an English play from 1946 by Terence Rattigan based on an actual incident in the Edwardian era, which took place at the Royal Naval College, Osborne.

Set against the strict codes of conduct and manners of the age, The Winslow Boy is based on a father's fight to clear his son's name after the boy is expelled from Osborne Naval College for stealing a five-shilling postal order. To clear the boy's name was imperative for the family's honour; had they not done so, they would have been shunned by their peers and society. The boy's life would have been wrecked by the stain on his character.