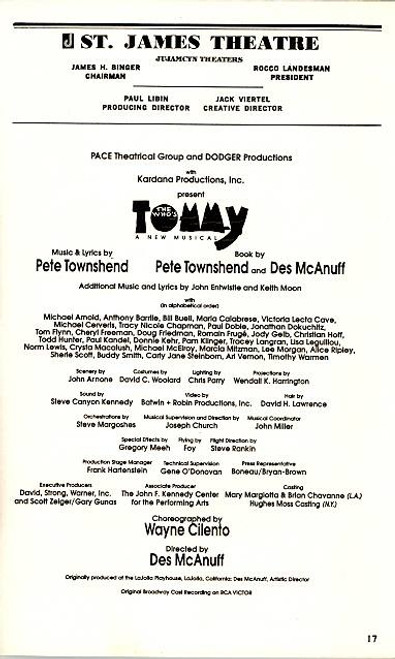 The Who's Tommy is a rock musical by Pete Townshend and Des McAnuff based on The Who's 1969 double album rock opera Tommy, also by Pete Townshend, with additional material by John Entwistle and Sonny Boy Williamson.