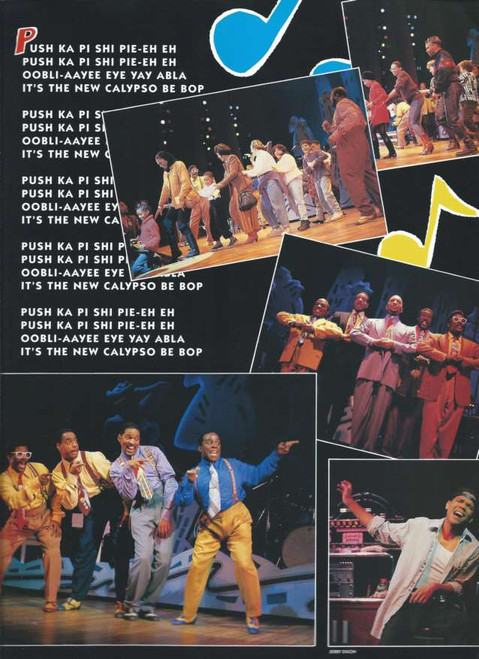 Five Guys Named Moe is a musical with a book by Clarke Peters and lyrics and music by Louis Jordan and others. The musical originated in the UK in 1990 at Theatre Royal Stratford East, running for over four years in the West End, and then premiering on Broadway in 1992. It was revived in 2010 at Edinburgh Festival, starring Peters himself, and will return later this year to the theatre in which it originally premiered. The musical won the Laurence Olivier Award for Best Entertainment.

Nomax, whose girlfriend has left him and who is without money, finds Big Moe, Four-Eyed Moe, Eat Moe, No Moe, and Little Moe emerging from his 1930s-style radio to comfort him. They sing the hit songs of songwriter and saxophonist Louis Jordan, whose new slant on jazz paved the way for rock and roll in the 1950s.