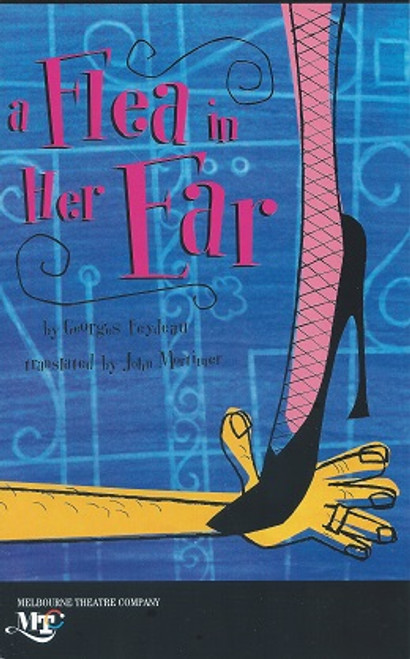 A Flea in Her Ear  is a play by Georges Feydeau written in 1907, at the height of the Belle Époque. The author called it a vaudeville, but in Anglophone countries, where it is the most popular of Feydeau's plays, it is usually described as a farce.

The plot hinges on the central character's having a double: a middle class businessman is indistinguishable from the hall porter of a shady hotel, and the two are persistently mistaken for each other, to the bafflement of both. The play was first performed at the Théâtre des Nouveautés, Paris, on 2 March 1907. Les Annales du théâtre et de la musique said of the play, "It is a piece for which we need to invent a new description: funny, pleasing, comical, frenzied, dizzying, it is all those, and more. The action goes forward with such velocity, explosiveness, prestissimo, from start to finish that the actors and the audience cannot catch their breath for even a second.