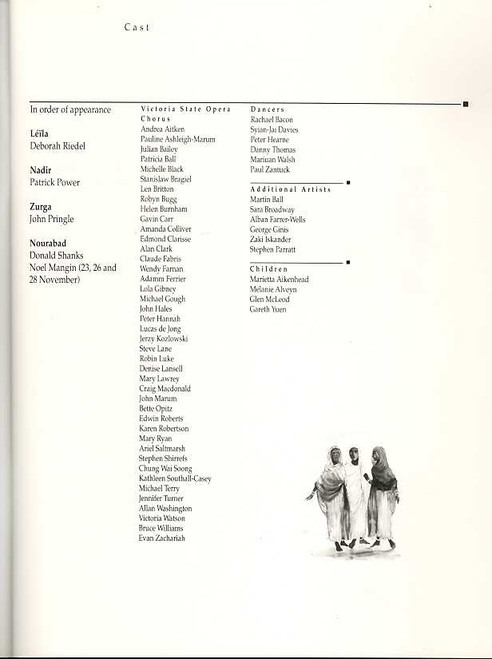 This Souvenir Brochure is from the 1988 Victoria State Opera Production.