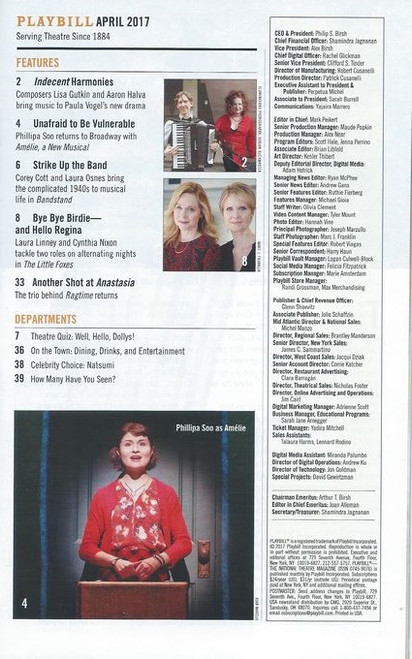 Ben Brantley of The New York Times calls OSLO “the stuff of crackling theater.” Now, this sweeping and surprisingly funny new play comes to Broadway following its sold-out Off-Broadway run. OSLO is inspired by the amazing true story of the back-channel talks, unlikely friendships and quiet heroics that led to the 1993 Oslo Peace Accords between the Israelis and Palestinians. As he did with such wit and intelligence in Blood and Gifts, playwright J.T. Rogers presents a deeply personal story set against a complex historical canvas — a story about the individuals behind world history and their all too human ambitions. Jesse Green of New York Magazine calls OSLO “gripping and remarkably entertaining.” And at this cultural moment when finding common ground is paramount, "OSLO gives us hope" (​Joe Dziemianowicz, Daily News). Bartlett Sher directs.

On The Twentieth Century