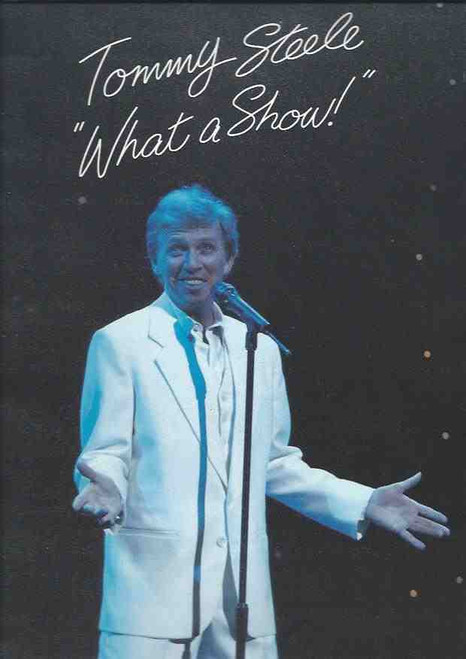 Tommy Steele OBE (born Thomas William Hicks, 17 December 1936), is an English entertainer. Steele is widely regarded as Britain's first teen idol and rock and roll star. Steele shot quickly to fame in the UK as the frontman for a rock and roll band, the Steelmen, after their first single, "Rock With the Caveman," reached number 13 in the UK Singles Chart in 1956. Steele and other British singers would pick known hit records from the United States, record their cover versions of these songs, and release them in the UK before the American versions could enter the charts. Most of Steele's 1950s recordings were covers of American hits, such as "Singing the Blues" and "Knee Deep in the Blues". Although Steele never proved a serious threat to Presley's popularity in the UK, he did well on the 1950s UK chart and "Singing the Blues" got to Number 1 in the UK before Presley did so.

The title of Tommy Steele's whistle-stop tour of his four decades as an all-round entertainer. Steele has a wealth of experience to draw upon, from his early career as a rocker through co-starring with Fred Astaire in Finian's Rainbow to his  stage outings in Singin' In The Rain.

Steele toured in the lead role of the stage musical Doctor Dolittle, and reprised his role as Scrooge during the Christmas season in 2009. He will play the part once again in Dublin in winter 2010. He also played Scrooge in the Empire Theatre, Sunderland in October 2010, New Theatre, Hull, Her Majesty's Theatre, London and the Playhouse, Edinburgh in November 2010. In 2011 he toured the UK in his starring role as Scrooge and in October 2012 he  starring again in Scrooge this time at the London Palladium.